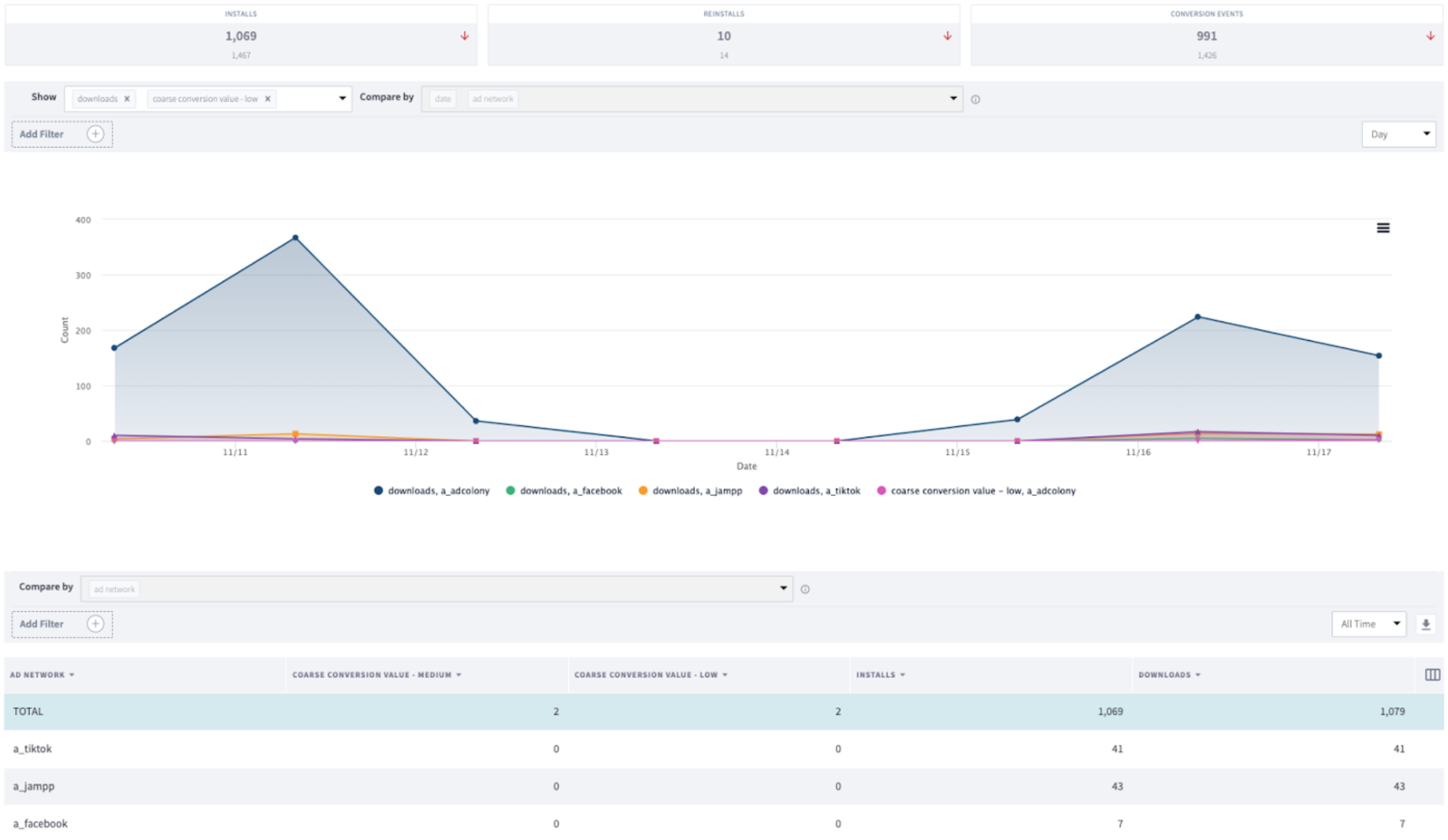 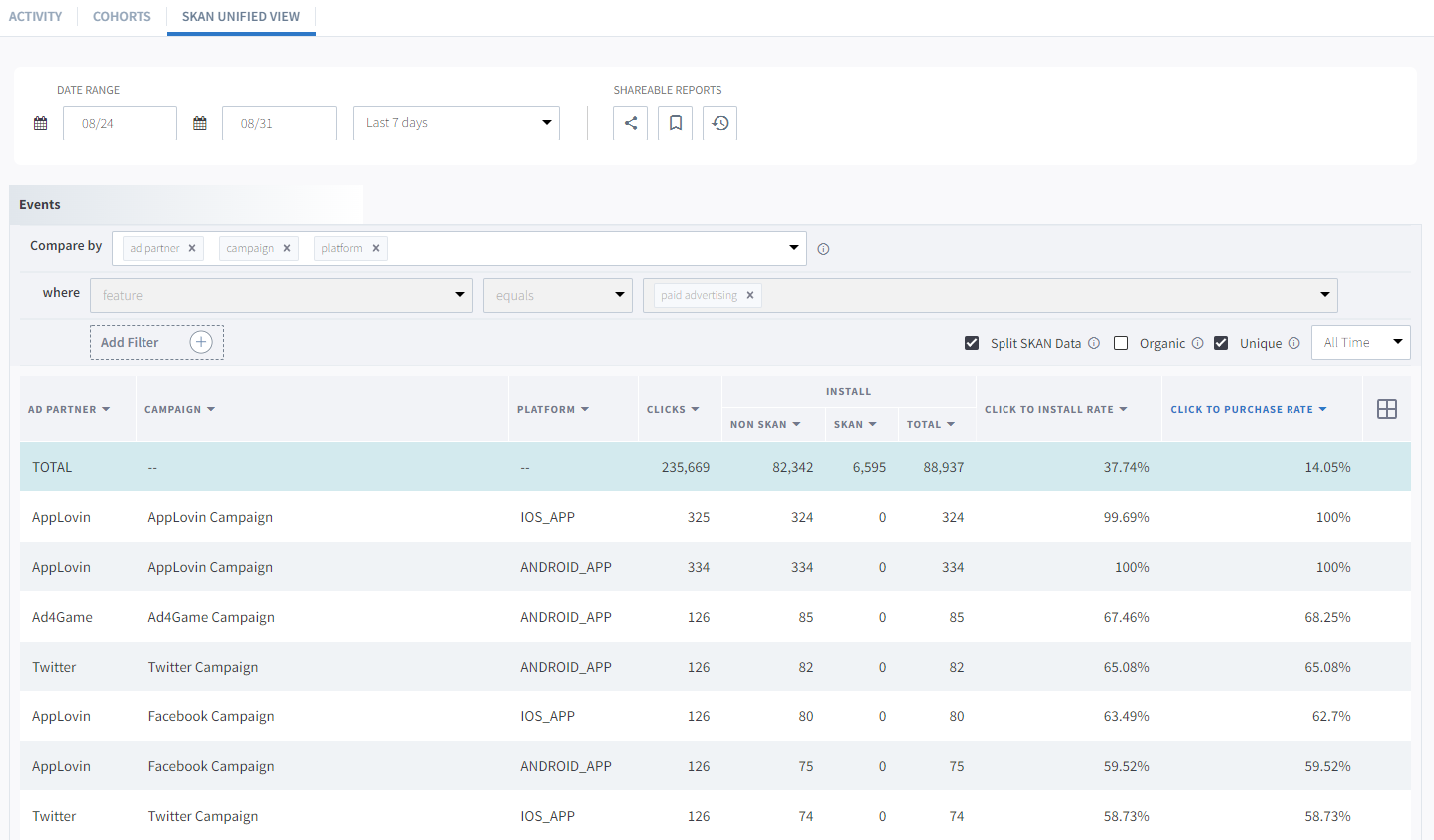 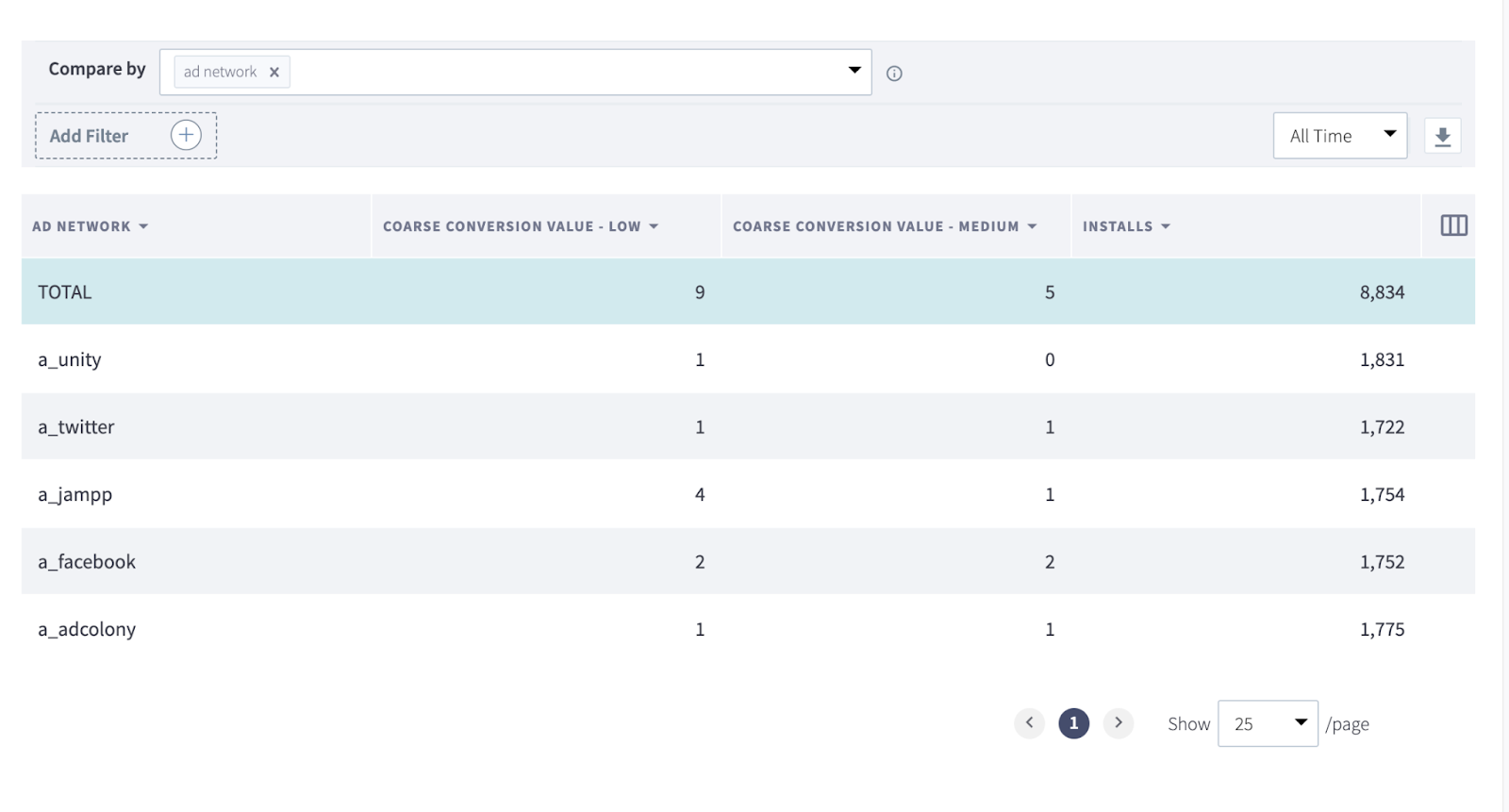 This means that for any user, Apple will at most, only report a single postback containing an Install or Reinstall and the highest priority conversion associated with that install session.

A Boolean flag that indicates the customer redownloaded and reinstalled the app when the value is true.

Updated about 1 month ago