Based on both the spirit and direct language of Apple’s new guidance, it seems clear that organic/owned channels are not in scope. Apple’s iOS 14 guidance has been consistent since release in that it is explicit in addressing the focus on “advertising”, calling out the term in 29 different places in the “User Privacy and Data Use” developer guide.

This is also reflected in the presentation of the ATT modal itself, via the extremely specific language about tracking across apps and website owned by other companies: 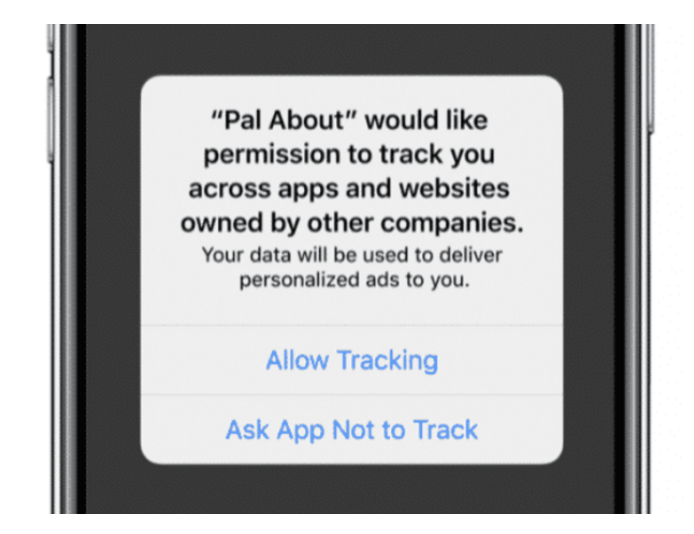 Had Apple intended to restrict owned or organic-channel tracking, Apple easily could have used different language or taken the technical blocking route, as they did with IDFA approach, and restricted access to IDFV, making even multi-session context preservation impossible to the individual company without ATT consent.

As the sole arbiter of the Apple Developer Program License Agreement, Apple has the right to change guidance as they see fit. Given the granular nature of their latest update, we feel secure that if organic/owned channels were in scope of the iOS 14.5 release, Apple would have highlighted this change. We'll be watching carefully for any further clarifications from Apple, and will adjust our guidance if they provide additional information.